The Purity of Instrumental Music 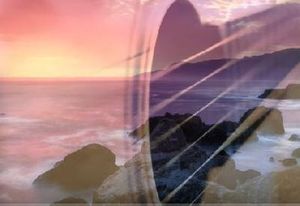 I've often felt that the best way to devalue a piece of music is to take pen to paper and start writing lyrics...and then, even worse, open your mouth and start singing! In most cases, (to me) adding lyrics is a process that seems fraught with distraction and degradation of a piece of music; and oft-times reveals an “it’s all about me” form of narcissism. For example, I dare you to try and survive listening to just about any Beyoncé song...they all seem to revolve around a wall-to-wall lyrical assault, written in the 3rd person...and are all (shamefully) about her expectations for/from success, materialism and/or lovers...yuck.

There’s your there there...I said it, and I meant it. You can quote me on it.

Lyrics tend to undermine the timelessness of music. Let me explain. The moment you add lyrics, a piece of music becomes a song. And a song ALWAYS has a date, a time and a place stamp on it that ultimately can NEVER be disassociated from it. Literally, truer words have never been spoken, no matter what you argue about the topic, this is a universal truth and must be conceded. Only instrumental music has a chance to be regarded as truly timeless.

Lyrics, as a distraction, take the easy way out in communicating emotion. Lyrics almost always seem clumsy, amateurish and sophomoric (especially in English)..I consider them like training wheels on a bike.

Have you ever watched a movie or TV show that invokes the purview of a narrator? Doesn’t that simply insult your intelligence as the viewer like it does me? Have we fallen so far into the lazy/stupid category en masse that we need to be told what to surmise, think and feel by some smug, know-it-all, summation narrator? Doesn’t that reveal a weakness of the script? Or bad acting? It insults me, and I take it personally as an attack on my intelligence. Lyrics have a similar impact on a piece of music.

And then there was my Uncle Paul, a song-plugger from the Big Band era, who once had a thought he shared with me in the mid-1990’s after listening to my first album. He said...”Tommy...a great song is a perfect marriage of music and lyrics...and you’re leaving the bride at the altar...”

I get it...that may be how most people think...but then explain the sublime beauty of Tchaikovsky’s “Capriccio Italien,” Satie’s “Gnossiennes,” or Gershwin’s “Rhapsody in Blue”...(and don’t get me started on how United Air Lines literally murdered, dismembered and ultimately robbed us of that gorgeous piece of music by pummeling it with a branding iron for nearly two decades...). So to argue my point in contrast, here are a few of the most revered and iconic songs of recent generations:

“Yesterday” by the Beatles...

Please...try to look me in the eye and tell me how the lyrics don’t just ruin each of those songs...but actually infuriate you...like they do me?

There truly is nothing more beautiful and refreshing than instrumental music. It is the closest thing we have in life to purity and Godliness. To me, adding lyrics just seems to pull the music down to the human condition of this mortal coil here on earth rather than elevate it closer to the heavens.